Home › Short Stories › Articles by Justin › What If The Power Failed? – Today’s kids and their Virtual fun. An article by Justin Sheedy

What If The Power Failed? – Today’s kids and their Virtual fun. An article by Justin Sheedy 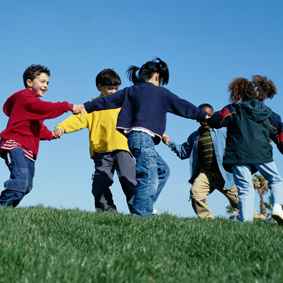 When I was writing Goodbye Crackernight there was a tradesman about my own age doing work on my house. He asked me what the book was about, I told him it was an account of my childhood in the 70s, by default a contrast between childhood back then and the childhood of today’s kids. I told him the title and he was immediately in the picture:  He stopped, looked at me squarely and instantly came out with the following…

He said, “D’y’know… I’ve come to the conclusion that my kids have completely lost the capacity to entertain themselves.”

I told him of an account I’d recently heard of a child of one of my friends: It was the kid’s birthday and one of his presents was a large and beautifully detailed toy car. Unwrapping it and taking it out of the box, the child promptly broke down in tears.

The reason was that the car had no remote control.

Poor little tike: Presumably the prospect of having to push the car along himself – engine noises courtesy of his own mouth – was more than the child could bear.

Today, I see my niece and nephews (ages 8-11) thoroughly engrossed by their hi-tech toys: computer games, Playstations, X-Boxes, hand-held video devices etc. They spend hours on end, eyes down, noses pressed against these things, oblivious to anything else going on around them. And that’s fine! That’s their technological reality. That’s fine… BUT WHAT IF THE POWER FAILED? What would they do?

One of the strangest things I’ve ever seen was my brother’s kids demonstrating to me their favourite toy, a video game called “Wii”: Standing in front of a large screen TV, the two kids hold remote controls in each hand, these units connecting their body movements to the on-screen characters of the game – cute little Pokomon type creatures who dance around and have adventures etc. When the game starts, the kids burst into a frenzy of movement, madly  flailing and running on the spot in order to ‘animate’ the on-screen characters. It was a hilarious scene before me and I was happy to see them having so much (virtual) fun, but I thought, “These kids have to be physically plugged into the TV to get an aerobic workout.”

By contrast, when I was a kid, we didn’t rely on technology to have fun. We didn’t need electricity.  In a way, we made our own electricity. Yes, we watched a lot of brilliant telly after school (Batman, The Addams Family, Lost in Space, Bugs Bunny, Get Smart). But, by contrast to today’s kids, we were far more self-reliant for our fun.  If there was a power black-out, most of the time we’d hardly have noticed as we’d be outside playing games in the street or riding our bikes. When it was raining, we’d be playing ‘stick races’ down the flooded street gutter or damming up a swollen creek down the bush. When it was raining too heavily, we went inside and played board games or Twister.

We WERE the electricity.

To read another article by Justin Sheedy, click HERE